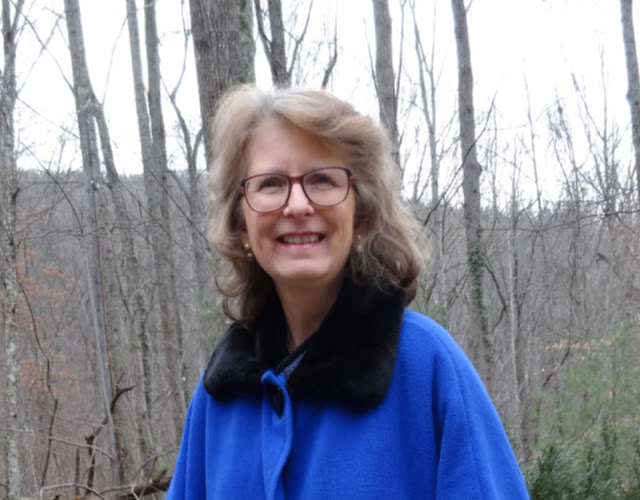 Guess who's sixty? Yep, that would be me. Say it a few times and let it roll over your tongue....sixty, sixty, Debbie is sixty...

I wondered how best to approach this post and thought about all of the different ways I could describe the feeling of being sixty. You know, all the cliches about aging...finding greater wisdom, insight into life, etc. etc. But, to be honest, I don't feel wiser and I can't think of any great insight. Sorry to disappoint. I just feel like me, like Debbie, like I have always felt. I remember my mom talking about how she still felt like "herself in her 20's" as the birthday numbers kept racking up and I totally understand what she meant. It seems like when you reach "certain" ages, there should be some kind of special feeling to go with the age. But, nope, I still feel like me!

To be honest, if I describe how I'm really feeling about this birthday, I would have to say I feel thankful. After all, it's a privilege to get here. Not everyone is given the privilege of turning 60.

I may have mentioned before that when I was in college there were four of us young women who were close friends. Teresa and I were roomates and Lynn and Mary Lou were roomates.  We called ourselves the "Czech sisters" and had great fun calling the local radio DJ trying to get him to play Steve Martin's "King Tut" song. He always laughed at our "Wild and Crazy Czech sisters" imitation we did when we called. Y'all did watch Saturday Night Live when Steve Martin was on didn't you? We laughed together, acted silly together, shared secrets and did all the silly things that college girls did in the 70's. We dreamed together about what life would hold for us after graduation. After college, we went our separate ways but continued to keep in touch across states with letters and phone calls. About three months after the Mr. and I got married I received a phone call from Teresa telling me that Lynn had died in a diabetic coma. She was 24. Fast forward twelve years to the time when I was back in West Virginia grieving the loss of my Mother. I had lost touch with Teresa over the years, but she contacted me upon hearing of my Mom's passing and shared that her own health had deteriorated and she was living in a nursing home suffering from MS. I heard she passed a couple years later. She was in her late 30's. Of the four original "Czech Sisters" it's just Mary Lou and me now. We are still close friends. And, Mary Lou just became a grandmother.

Yes, it's a privilege to turn 60.....and I'm thankful for all the blessings of those years.

Psalm 92 speaks about aging with the following:

"They will still bear fruit in old age,
They will stay fresh and green"

I love the hopefulness of this scripture. Aging shouldn't mean becoming stagnant in my opinion. I want to continue to learn and grow and be useful. I want to bear fruit in my life....and for the Lord. I like the idea of staying fresh and green, no matter what my age may be.

I have been privileged to know a number of women who set amazing examples of how to age. Their continued interest in life, their laughter, their can-do attitudes, their thirst for knowledge, their refusal to give in to the inevitable aches and pains are all examples to me of how to approach this birthday and aging in general.

Psalm 90:12 says, "Teach us to number our days, that we may gain a heart of wisdom."  Perhaps there is wisdom in being thankful....and it is with gratitude that I celebrate turning 60.

*Your thoughtful comments are always welcome!

Posted by Debbie Styles Life at 3:30 AM

Email ThisBlogThis!Share to TwitterShare to FacebookShare to Pinterest
Labels: Devotional, This and That Topics

Debbie, this post is beautifully written. I have already read it three times--that's how much it resonates with me. Thank you for sharing your thoughts and your experiences about aging.

Debbie, Thanks for reminding us that it is a privilege to get older. Hope this decade brings many adventures and blessings. Happy birthday!

HaPpY BiRtHdAy, Debbie! Being grateful is a very wise "feeling" and approach to life asst any age, and probably more ado as we age. Love your post and love you. Here's to loving life!

Happy Birthday dear friend...beautifully written and expressed. May you continue to bless others, just as you have blessed me.

Happy birthday my dear friend! Well written and expressed. May you continue to be blessed as you continually bless others.

Sharon, Susan, Laura and Kathleen: Your comments touch my heart and I so appreciate your reading my blog and taking the time to leave a comment! Thank you so much.

Hi Debbie and happy birthday for yesterday! I think your thankful approach to life is wise, and your very thought-provoking, poignant words about your good friends who passed so young, really bring home how none of us should take anything for granted in life. I am a couple of years behind you in age, and my birthday follows yours by one day, and I have valued reading this post today.

Happy Birtday, Jacqui! Wow, we are only a day apart in birthdays, how about that?! I hope your day has been special and the year ahead is wonderful for you!

Hi Debbie, Congratulations and best wishes for many gratefuls in years to come.

Happy Birthday Debbie! It's only a number as you point out. We can be ageless! I am 65 and feel much, much younger (can relate to your mom saying she still felt like herself in her 20's). I loved this post and hearing about your girlfriend fun times. So sad though that your friends died so young. That does encourage us to make the most of each day that we are given, live life to the fullest and stay young at heart. This is a good reminder to be thankful for each day!

Thank you, Karen! Staying thankful is so important at any age. Hope your day is going well!