October Top Posts and Wrap Up 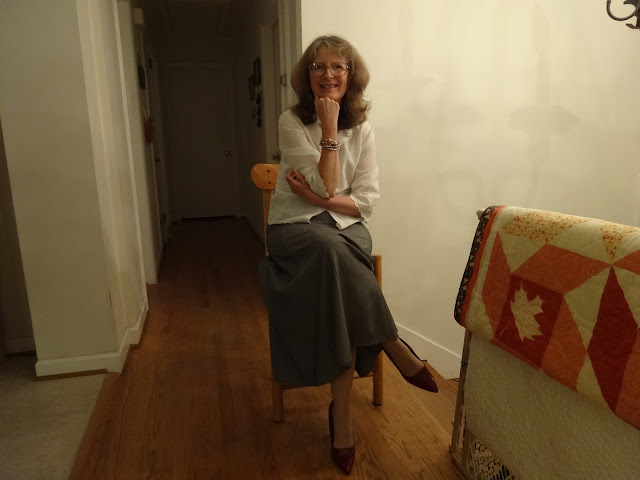 Hi friends!  Are you wondering what in the world I am talking about with that title I wrote?  Well....October has just seemed to pass by in a blur and I'm not exactly sure where it went. I spent part of the month styling, most of the month fighting with technology and a whole lot of the month sneezing, sniffling, coughing and laying in bed with a fever! It's been an adventure, folks! So, let's get down to the monthly recap. I missed doing a recap last month, so I'm happy to do one for the end of October. 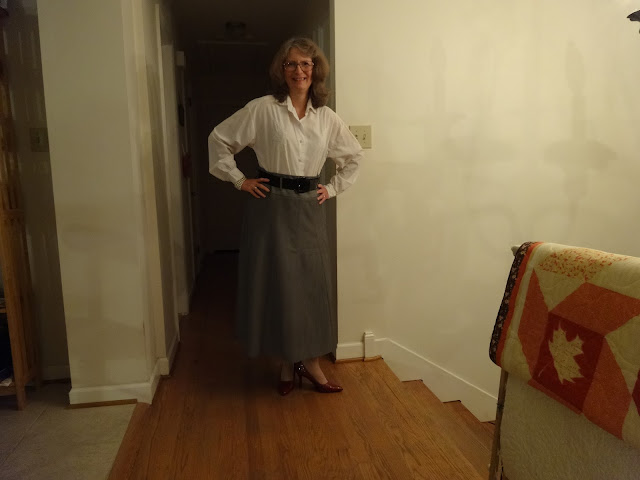 The most clicked on post for October was the one in which I styled a classic look with white blouse, grey skirt and fantastic red heels. This blouse had been "hiding" in the back of my closet and has found new life with this thrifted skirt. Win, win, in my book! If you missed this post, check it out here. 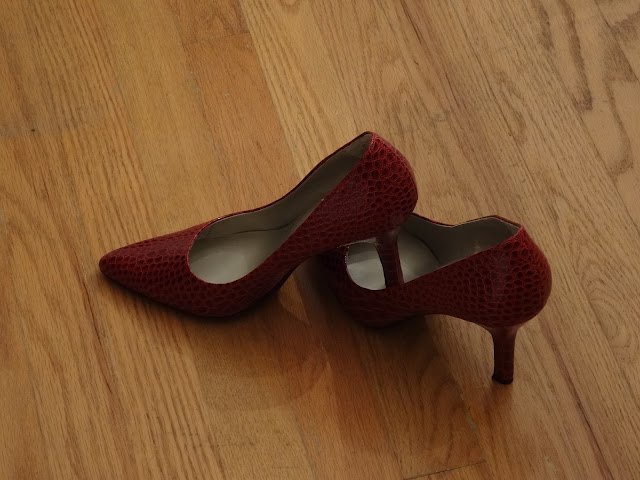 And In Second Place

A close second for the most clicks was my post in which I lamented my woes about using social media. At the time, I was brand new to Facebook, taking back-to-back online classes on technology and trying to figure out what in the world I was doing on Facebook and whether or not I liked using social media or not. It appears I am not alone with my apprehension and confusion about social media, as several people commented who read my post. I admitted in this post that I sometimes feel "voyeuristic" looking at people's photos and comments from their friends, many of whom I haven't been in touch with for many years. "Friends" seem to come out of the woodwork when you join Facebook. Of course, in the midst of all these technology challenges, I caught a flu-like bug which had me down for the count for a couple weeks. So, that probably didn't help my mood as I struggled to complete the technology courses, one of which required that I be on Facebook. I'm happy to report, that my Facebook woes have settled down. I actually deleted my account at one point.....and then took the advice of one of my readers who advised that I should make social media work for me the way I want it to. So, I redid my account to connect it to my blog. So....if you are on Facebook......check out Debbiethisandthat on Facebook. I put my blog posts on the site, so feel free to follow me there! 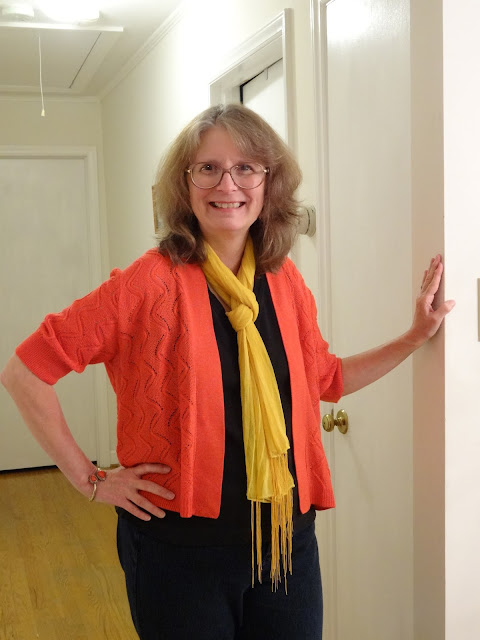 And, since I didn't get to do a blog recap for September, I'm going to sneak in this post that I did last month which got top clicks. This post on "Styling for Late Summer, Early Fall" was a hit and even got featured on the "Thursday's Favorite Things" linkup hosted by Marilyn's Treats. If you missed the post, you can check it out here.

I was so excited and honored to be chosen!

And, even though it wasn't the post with the most clicks, I've got to show the pumpkins, again! After all, it is October! So, that's a wrap for the October top posts and wrap up. Many thanks to Julie Wunder at Running In A Skirt for hosting. Have a great weekend, everyone!

That orange sweater looks great on you and perfect for fall! Glad to find you through #bestofblogs!

So glad you found me, Jennifer! Hope you will be a return visitor.

Hi Debbie! So sorry you were sick a large chunk of the month- that's the worst. Glad you are on the mends though and found peace with Facebook :-). It's a lot of good and bad all rolled into one-- I think the trick is to find a balance with it -- like everything else in life.
Thanks again for linking up to Best of Blogs!!